Is it time to close the loop in our food production?

UK TV chef and campaigner Hugh Fearnley-Whittingstall is standing up against food waste in the supermarket world. In his latest documentary for the BBC, Hugh’s War on Waste, he describes watching 20 tonnes of freshly dug parsnips, enough to provide 100,000 people with a generous portion each, consigned […]

How sweet is your ice-cream?

Ice-cream.  We all know it’s not that good for us.  But how good is it for the rest of the world? As with most foodstuffs, there’s a whole complex of issues surrounding the production of this tempting summer treat.  We take a quick look at a few of […] 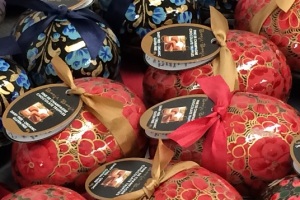 The annual festival of chocolate over-indulgence known as Easter raises more serious issues than pimples and weight gain for the ethical shopper. The cocoa trade is notoriously bedevilled by child labour, slavery and other workers’ rights issues. Palm oil, which can be used in confectionery listed merely as […]